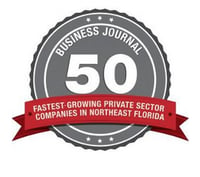 First Coast Home Pros has been recognized as one of the 50 fastest-growing private companies in Northeast Florida for the third year in a row!

What Is The Jacksonville Business Journal's Fast 50?

END_OF_DOCUMENT_TOKEN_TO_BE_REPLACED

To be considered for this prestigious list, a company must meet the following criteria:

END_OF_DOCUMENT_TOKEN_TO_BE_REPLACED 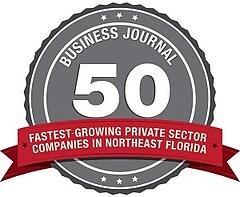