Can I Pressure Wash Windows?

Window cleaning is a chore few people like to do, so they look for ways to make the job go as fast as possible.  Pressure washing is a way to clean your home’s exterior quickly using pressurized water and cleaning solutions, so can you pressure wash your windows while you’re at it?  The simple answer is: no.  So, why can’t windows be power washed?

END_OF_DOCUMENT_TOKEN_TO_BE_REPLACED

Not many things can boost your mood like sparkling clean windows.  Beyond just being basic home maintenance, this chore lets the sunlight in, brightens each room, and makes your home look beautiful from the inside and the outside.  Here are the answers to some common myths and questions to help you plan the window cleaning job for your home!

END_OF_DOCUMENT_TOKEN_TO_BE_REPLACED 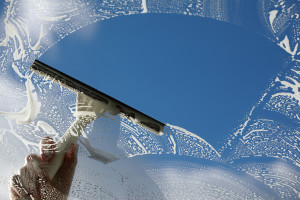 Even though most people think the state has only one season to prepare for all year round, as any Floridian homeowner can attest to, it's really the elements that make things tricky. Keeping your yard and home in tip-top condition takes a little extra work, especially with the sun glaring down on every minor streak, stain or spot that you miss. With hurricanes, daily rain storms and salt water-whipped wind coming in off the shore, simple tasks such as getting a streak-free shine on your windows take on a whole new meaning.


For example, cleaning your windows in Jacksonville proves a difficult chore for anyone - homeowners and pros alike. Because the city is right on the St. Johns River and Atlantic Ocean, the elements have a little extra bite to them. This makes cleaning the outside of your home's windows that much tougher, especially if you want that streak-free shine.
END_OF_DOCUMENT_TOKEN_TO_BE_REPLACED

Get a Jump Start On Spring Cleaning, With Our Expert Window Cleaning Service

Looking to get a jump start on your, “Spring Cleaning to Do List”?

END_OF_DOCUMENT_TOKEN_TO_BE_REPLACED

Working on the First Coast: Window washer turns his business into 23 employees There's more to washing windows than Windex and paper towels, says Josh Kennedy, the owner of First Coast Home Pros. In four years, the company has grown to 23 employees and nearly 5,000 customers.

Josh Kennedy had $300 in the bank when he started his business just four years ago, washing windows while standing on a borrowed ladder. Now First Coast Home Pros has grown to 23 employees.

Kennedy had washed windows during summers back in Ohio. Even after graduating from college, he worked for that company for a year or two before heading off to travel and other jobs.

After his parents moved to Jacksonville, he came down, liked it and settled in Springfield.